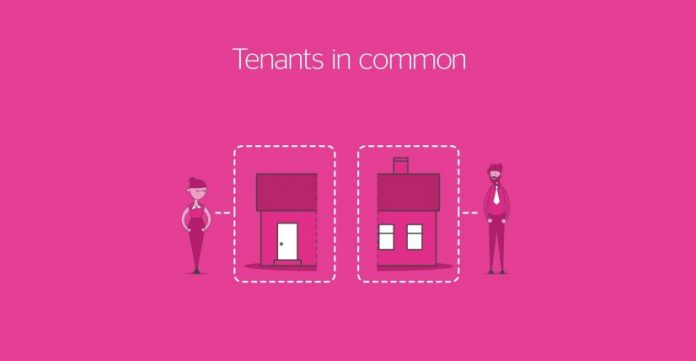 According to the legal casebook “Property” by Dukeminier and Krier, co-ownership “refers to situations where two or more persons have concurrent rights of present or future possession.” At least five types of concurrent interests arose under common law as it developed originally under English law.

This includes common law coparceny, tenancy in partnership (business associations law), tenancy in common, joint tenancy, and tenancy by the entirety. This article discusses the tenancy in common as a concurrent interest in property under the majority rule under the state laws of the United States.

What is a Tenancy in Common?

Tenancy in common, or co-tenancy, is a concurrent co-ownership that describes a property interest held by its co-owners as a separate and undivided interest in the property.

This generally means that no tenant has a right to any particular part of the property to the exclusion of the others. Each owner owns the whole of the property at issue. A tenant in common interest has no right to survivorship, as is the case under the joint tenancy estate.

Also, members of a voluntary real property association are tenants in common and have equal rights in the commonly associated property.

Right to Possession under Co-Tenancy

When two or more own property together, each, under the majority common law rules within the U.S. states, is entitled to possession of the whole property. See Grigsby v. Breckinridge, 65 Ky. 480, 92 Am. Dec. 509 (1867). Typically addressed statutorily in most states, a transfer of actual possession generally transfers to a co-tenant if it involves no trespass.

The general majority common law rule is that a co-owner in actual possession generally acquires no liability from her co-tenants if her use is the normal and customary use for such property.

Acts of the Tenants in Common

A tenants in common is typically required to share equally in property maintenance costs. When one tenant in common has expended necessary labor for the common benefit of the property, he is entitled to compensation from the other owners or reimbursement.

When a co-tenant’s act diminishes the value of the commonly held property, she risks being subject to liability to the other tenants for the damages or reduction in value.

If a tenant in common destroys or loses the property while in actual possession, the others could bring a lawsuit against the tenant in common under a cause of action in the applicable state law that is equivalent to an allegation of an unlawful ownership act.

A co-tenant may sell, mortgage, or otherwise transfer his undivided interest without affecting the rights of the other co-tenants. One co-tenant generally has a right to separate his share without consulting the others if the property is easily measurable as indistinguishable units, such as gold coins.

If the estate is not divisible or the co-tenants are unable to consent where required, a co-tenant can compel a sell or partition in chancery court, with division of the proceed among the co-tenants. It should also be noted that a tenancy in common may end under a state’s law of abandonment.

A voluntary partition of the tenancy in common property, if susceptible to division, may be made by the co-owners through a transfer to a co-tenant or a separate party.

Co-tenants may consent to join in such transfer and divide the proceeds. If a co-tenant has actual possession and refuses to allow severance or access, a co-tenant may also maintain trover for his share. Trover is a common law cause of action that seeks money damages where proof that a defendant co-tenant committed a conversion of commonly-owned property.

Filing a trover action generally constitutes the petitioner’s waiver of the right to possession of the property where a money judgment is recovered.