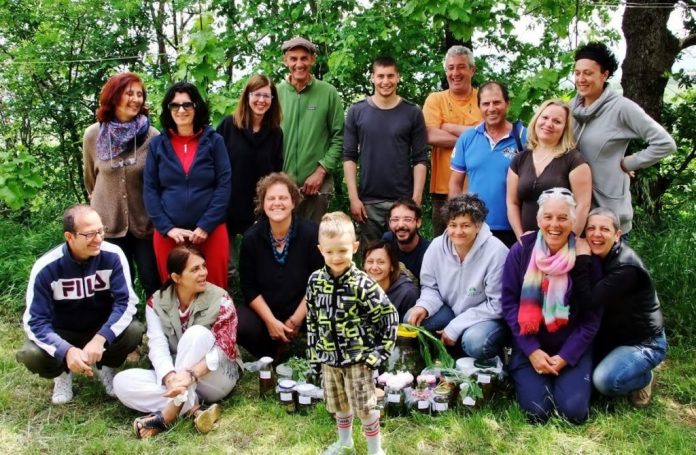 What Exactly is an Intentional Community?

As defined on the Intentional Communities Directory website, an intentional community “is an inclusive term for ecovillages, cohousing communities, residential land trusts, communes, …and other projects where people strive together with a common vision.” Basically, any group of people that gather together with the intent to create a cooperative living environment qualifies to use this term to describe this type of group.

Members of an intentional community often share common ideals, goals, or opinions about the world. Religious communities are also common, including ashrams and intentional Christian communities. House or living responsibilities are often shared, as well as resources. Some of these communities even have work programs for members so they don’t have to leave the community to earn a living.

One popular type is the ecovillage. Wikipedia defines an eco village as a small community “intended to be socially, economically and ecologically sustainable”. Most eco villages use the most environmentally friendly technologies they can afford, and aim to have the smallest impact possible on the local environment. Ecovillages aim to integrate the humans living in them into the natural world as seamlessly as possible.

Co-housing is another more wide spread modern form of the intentional community. Co-housing can be less intensive and financially restrictive than a more full scale community. A co-house is basically any living space that is shared by tenants in a cooperative, community style way, rather than a segmented roommate style situation. Responsibilities are shared among the members, and often times activities and meals are also shared.

Differences Between Communes and Most Intentional Communities

While communes certainly fit under the definition of an intentional community, the term encompasses a wide variety of living situations, while communes have a slightly stricter definition. The Intentional Communities Directory website explains that a commune is also a group of people who share opinions or ideals, who choose to live at least partially separate from society, and who share responsibility and resources.

But communes also tend to have much stricter rules and practices that all members must follow. Religious communities also tend to have these strict practices. So do groups that follow veganism or other diets, use no electricity, or similar plans. Communes often differ from intentional communities by requiring members to share all resources, including their personal finances and belongings.

Why Form an Intentional Community?

Groups of people form these cooperatives for many different reasons. Some are formed simply to share resources among a group of people located in the same area. Others are formed to offer a living situation more supportive or cooperative that offered by mainstream society. Some groups even form to avoid persecution or discrimination from the outside world.

Spiritual beliefs are one big motivating factor behind many of the communities that have formed recently, or that have survived decades. Not all of these groups are spiritually homogeneous though – often they have a wide variety of beliefs represented through their members, and are accepting of anyone who follows a path of non-violence and tolerance.

Intentional communities are not all populated by religious recluses or hippies. Plenty of people from both the right and left side of the political spectrum live and work in them. Members of these groups may disagree on ideology, but they tend to agree on the policy of accepting differences instead of attempting to limit behavior they don’t agree with.

No matter what idea or reason the intentional community is formed around, all healthy and thriving groups offer a strong sense of support and purpose to their members.

They allow people with the same ideals and goals to work towards a cooperative future, whether that means homesteading off the grid, or sharing an urban house to save money on rent. It’s impossible to further define an intentional community, as there is a vast variety of different communities, with different ideals and goals.