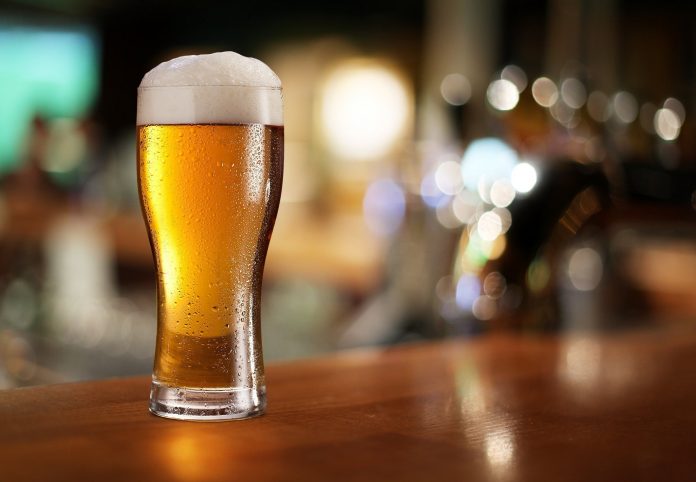 Beer, simply put, is a fermented beverage made from cereal grain. What is a cereal grain, you ask? Just take a walk down your local grocer’s breakfast cereal aisle and you get the point: Corn Flakes, Rice Krispies, Wheat Chex, Oatmeal, etc.

Although many beer-like beverages can be made from these grains, the one being discussed here is the one consumed by millions of people worldwide every day. Beer is made from four basic ingredients- barley, hops, yeast and water.

Barley is the primary source of flavor in beer but it also gives beer its color, its sweetness, its body and texture, and it contributes proteins that help to form and sustain the beer’s foamy head. Equally important, barley provides the natural sugars that feed the yeast during the fermentation process.

Barley can also be roasted to various degrees in order to imbue beer with a wider variety of colors, aromas, flavors and textures. Before barley can be used in the brewing process, it must undergo a malting process.

Hops are the small, green “flowers” of the vining plant known as Humulus Lupulus. Where barley represents the essential sugar of beer, hops represent the balancing spice. Without the contribution of hops, beer would be a very sweet and unbalanced drink.

Originally hops were used solely for their bittering, flavoring and aromatic properties, butover the centuries, brewing scientists discovered that hops also contribute natural clarifying agents that help to clear the beer, as well as bacterial inhibitors that stave off contamination caused by beer-ruining germs.

Over 50 varieties of hops are grown throughout the world, but they are primarily cultivated in six major regions in Europe, Australia, and North America.

Yeast is a living, single-celled member of the fungus family and one of the simplest forms of life. Yeast also has a voracious appetite for sweet liquids and is, therefore, responsible for carrying out the fermentation process in beer production.

After the natural grain sugars -called maltose- have been dissolved in water during the mashing process, brewers yeast is added to the cooled wort (the brewing industry term for unfermented beer). The yeast hungrily devours the dissolved maltose in the wort and gives off ethyl alcohol and carbon dioxide in return.

Brewers yeast is classified into two major categories -or species- of the genus Saccharomyces. Saccharomyces Cerevisiae is commonly known as ale yeast and is considered a “top-fermenting” strain.

This yeast is referred to as a “top-fermenting” strain that ferments and at warmer fermentation temperatures (60 F. – 72 F.). Saccharomyces Uvarum is commonly known as lager yeast and is considered a “bottom-fermenting” strain. This yeast prefers to ferment at cooler temperatures (38 F. – 50 F.). Both species can be further divided into many sub-strains that relate to specific beer styles.

Water is just one of the four primary ingredients used to make beer, but it may constitute as much as 95 percent of the beer’s total ingredient profile.

As such, it can have an enormous influence on the quality and flavor of the finished product. Breweries around the world get their water from various sources, both above and below ground.

The chemical and mineral profiles of these water sources are often very different. In fact, certain traditional beer styles can trace their distinguishing flavor characteristics to the source of water used to make the beer.

Modern brewers have learned how to manipulate their water profiles by boiling, filtering, and adding or eliminating minerals and other natural elements. This allows large brewing corporations to produce identical beers at various brewing locations throughout the world.