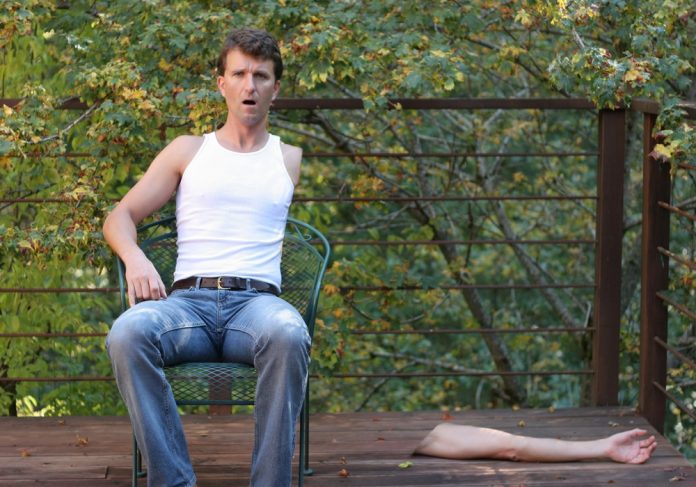 Sufferers of BIID typically desire amputation of a healthy limb or body part, and may resort to extreme measures in attempting to achieve this. However, the disorder also covers any wish to significantly alter body integrity. It includes a desire for a wide range of disabilities and use of associated orthopaedic appliances such as leg braces and crutches. More males than females are reported to suffer the condition.

Medical professionals have suggested a number of possible causes.

There is strong evidence to suggest that the brain may be involved – anomalies in the area of the cerebral cortex that controls the limbs can cause proprioception, in which limbs or body parts feel as though they do not belong to the owner.

The condition is often evident from childhood, and this can frequently be associated with an early experience involving an amputee or disabled person, who is then either admired or envied, or both. The disability becomes an ideal to which the child aspires.

Disability is a means by which to gain sympathy and attention, but also admiration for overcoming adversity. For those who feel unwanted, unloved or simply unfulfilled, disability or amputation could provide a solution.

Some BIID sufferers are also sexually attracted to those with the disability they crave, thus becoming an amputee, for example may satisfy a fetish or provide avenues by which to meet and form relationships with other amputees.

This is known as acrotomophilia, or sexual attraction to those with missing limbs. This is different from apotemnophilia – a sexual motivation for being or looking like an amputee, which is rarely reported by BIID sufferers.

Modern Western society is valuing disabled people in an increasingly positive way, often making them inspirational role models. It is also a society, according to philosopher Carl Elliott in his book Better Than Well: American Medicine meets the American Dream, that produces disorders such as BIID due to a preoccupation with self.

He says medicine has become part of self-improvement, with options such as plastic surgery promising to make us better versions of ourselves. Strange desires are publicized as medical disorders, and are thus made more acceptable.

BIID is still poorly understood, although much existing evidence suggests a biological basis, and the only proven cure thus far has been for the individual to achieve the amputation or disability that they so desperately crave.

Sufferers are well aware of the strangeness of their symptoms, and the subsequent feelings of shame often discourage them from seeking help or support. Unsurprisingly, surgeons do not willingly amputate a healthy limb or create a disability. But that doesn’t stop patients requesting it, or, failing that, doing the job themselves.

BIID sufferers are deeply dissatisfied with their bodies. They are obsessed with and desire to possess a specific disability, most commonly amputation. Symptoms are manifested in various ways, from self injury to use of prosthetics and orthopaedic equipment.

There are numerous potential factors in the development of this disorder, the most prominent being neurological explanations, but the exact aetiology is as yet unknown. Achieving the desired disability is at present the only known solution for sufferers.