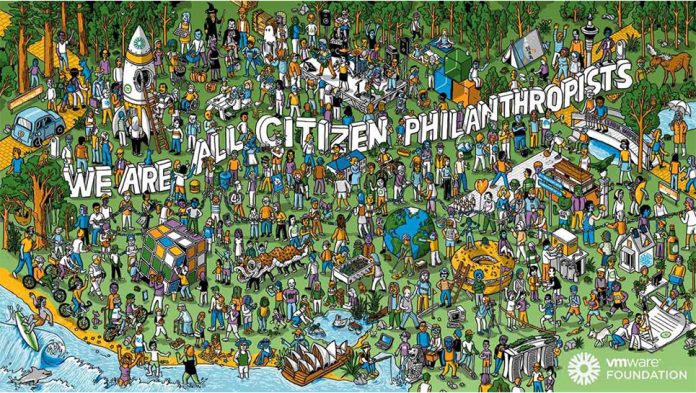 “Citizen Philanthropy” is more than just a buzz word. It is a way of combining good-hearted people with far-reaching organizations through meaningful social networking.

Great philanthropy is usually associated with wealthy donors giving huge monetary gifts to start foundations, fund libraries and encourage the arts. Social networking has changed the face of philanthropy, because people can connect with one another for free, and join together to work, fund, and advertise causes.

One of the most socially beneficial uses of social networking is allowing people to have the opportunity to find needs and fill them. Instead of charities and causes needing to cast a wide mailing-net and hoping to catch a few interested people, non-profits are setting up and participating in social networking websites to allow interested givers to find ways to help the causes near to them.

Although a web-presence is not the best way to start a philanthropic endeavor, it is the best way to build upon something that is already in place. In the November issue of “Philanthropy Today”, Allison Fine wrote about “Social Change and the Connected Age”, saying importance of social media tools is that, “they are inexpensive and easy to use and they allow individuals and small groups to bring about big changes. Connectedness does not come from technology but is facilitated and strengthened by it.”

When people have a need – or want to fill a need – they type their interests into search engines. Social networks are the way to connect people, and human connections are the way to build philanthropic communities.

Sometimes, something comes along that just works. The appeal to consumers, donors, and users is authentic, the cause is meaningful, and the results are tangible.

In 2000, a New York teacher decided to appeal to Citizen Philanthropy to help fund needy classrooms. Charles Best founded Donor’s Choose, which now provides grants for teachers and their classrooms all over the United States. Teachers post projects, and people are able to donate even small amounts of money to help the project become a success.

In 2001, two college students decided to ask for donations to make a film. That project has turned into “The 1 Second Film”, a non-profit adventure that has people donating a dollar or more to become producers of the film. From anonymous donors to celebrities, the 1 Second Film has collected vast amounts of money for people interested in advancing the arts.

In 2004, Lance Armstrong and Nike sold gel-bracelets in the Nike store for 1.00 as a fund-raiser for Lance Armstrong’s Livestrong Foundation. The cool factor of Nike, the celebrity factor of Lance Armstrong, the significance of the cause in fighting and surviving cancer, and the ease of getting the bracelets made their popularity soar quickly. Other fund-raisers quickly adopted the bracelet idea, and it has been parodied for charitable causes. Stephen Colbert created a “wriststrong” bracelet, donating the proceeds to the Yellow Ribbon fund.

Giving and Playing with Karito Dolls

In 2007, KidsGive introduced Karito Kids, which Joann Klimkiewicz called “the anti-Bratz dolls” in “Dolls That Keep On Giving” in the Hartford Courant. Karito Kids dolls are similar to American Girl dolls, but they allow users of the corresponding websites to direct the charitable contributions resulting from the purchase of the Karito Kids dolls, books, and accessories.

In 2008, the Case Foundation had a “Change Begins With Me” Contest, one of the many opportunities they have offered to encourage citizen philanthropy. The contest was timed to correspond with Barack Obama’s inauguration, and the prize was a donation to the winner’s charity of choice. The Case Foundation has partnered with media organizations to increase opportunities to participate in making the world a better place.

Due to economic difficulties, 2009 will likely see large-scale donations dropping and government-funded projects decreasing. Citizen philanthropy, also known as peer-to-peer philanthropy from the Open Source software movement, may fill the gaps from these donations by matching generous givers with needy causes.