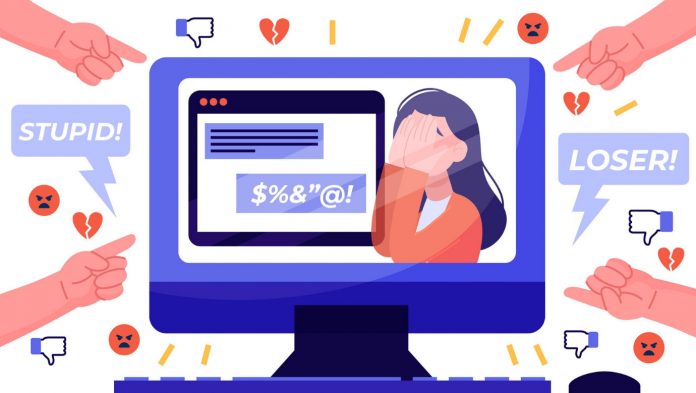 Parents are concerned about their children’s online safety, and most parents take action to safeguard them from dangerous adult predators. However, youths are subjected to a more sinister form of harassment, typically coming from other young people. It happens through electronic media, anytime, anywhere, even in the safety of their own homes.

Cyberbullying is harassment or intimidation of another person through electronic means. Those means may be email, instant messages, blogs, websites, social networking sites, text messages, and telephones. The intent of the cyberbully is hostile and negative.

Cyberbullying may include publishing or transferring information that is private about a person to a public place, without that person’s consent. One example of this is if a student takes a picture of another student in the locker room or shower at school and then forwards that picture to other students via text/pic messages, email, or posting it to a social networking site such as MySpace.

Cyberbullying can also be demeaning messages sent to another person, or left as comments on a blog or website. Repeated harassment of this type can be devastating to a young person, leading to depression, violence, and emotional or psychological harm.

According to i-Safe America, in a survey conducted during the 2013-2014 school year, students admitted the following:

Why is Cyberbullying Increasing?

Many theories have been postulated as to the rise in digital harassment, but one fact remains. Children have always had to deal with bullies. Now, with electronic options, children can bully one another without much interference from adult supervision.

Online sites that youth frequent have adult moderators who ensure that the people on the site follow rules about language and online conduct. Yet, bullies can get around these moderators by changing the phrasing of the insults, or spreading rumors.

Young people also assume avatars and screen names, which allow them to post harassing comments without easy identification. Even when they are identified, they can claim that someone else was using their screen name. This lack of accountability and anonymity leads to a sense of the ability to do mean things and get away with it.

Cyberbullying and the Law

The recent incident with Megan Meier, who committed suicide after repeated harassment from cyberbullies, has led to awareness that legal protection is needed online. A bill aptly named the Megan Meier Cyberbullying Prevention Act, was introduced to the U.S. Congress in an effort to pass laws targeting electronic harassment.

Libel is already a crime. It is also illegal to post defamatory comments based on race, religion, nationality, or sex. Until laws are passed protecting people online, parents need to be vigilant and watchful over teens’ and tweens’ online activities.