IowalumA Q&A blog shared by Iowa students
Home Finance What is Economic Depression? The Causes and Effects of a Financial Downturn 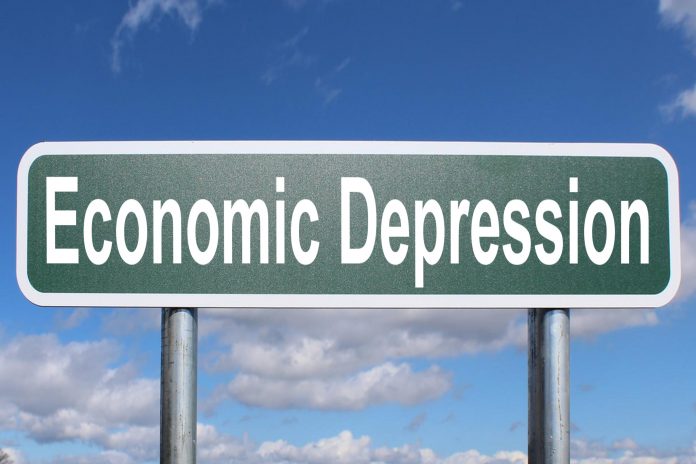 After The Great Depression crippled the US economy some 80 years ago, economists were convinced that such a calamity would never happen again. Yet once again, greed and ignorance have prevailed, pushing America to the brink of another economic depression – and taking the rest of the world with it.

What is Economic Depression?

A depression is a severe economic downturn that lasts for several years. It is characterized by falling Gross Domestic Product (GDP) and high unemployment rates. The last one occurred during the 1930s and was named The Great Depression.

What Caused The Great Depression?

There were several factors that caused The Great Depression. Having enjoyed a booming economy during the 1920s, America was seriously overproducing goods for which there was little market demand. This led to a slowdown in agriculture and factory production, which caused millions of people to lose their jobs.

Yet many greedy bankers on Wall Street refused to acknowledge the warning signs. They continued to borrow money and invest in risky stocks for profit. Eventually, reality hit the stock market and company valuations began to fall. During October 1929, there was intense panic selling and the markets went out of control. Within a matter of days Wall Street had officially collapsed.

What Caused the Modern US Recession?

During 2008, the US was plunged into an economic recession caused by a massive slump in America’s subprime housing market. While mortgage rates were rising, home loan defaults and repossessions hit an all time high, mainly in the subprime sector. But it was not just the mortgage lenders that were left out of pocket.

Much of the subprime debt was repackaged and sold to other banks and investors around the world, being branded as low risk ‘AAA’ investments. Nothing could have been further from the truth. So when these investments collapsed, the banking industry was stunned, and the world credit markets seized up overnight.

As the credit crunch put pressure on banks to run their day-to-day business, unemployment rates rose and even people with clean credit histories began struggling to repay their mortgages. The global stock markets reacted by plummeting around 40% during 2008. Many analysts now agree that the US is on the brink of an economic depression during 2009 – and that there is no quick fix.

The Effects of Economic Depression

The US economic depression spells bad news for everyone. Businesses are struggling to make profits, forcing them to reduces wages and cut back on staff numbers. This causes unemployment rates to rise across the entire country. Work becomes much harder to find, and even people with spotless credit histories fail to make their loan repayments, leading to mass home repossessions. The hallmark of an economic depression is that there isn’t enough money to keep the world turning.

Desperate times call for desperate measures, and with many developed countries on the brink of a modern day depression, governments resort to printing more money. Ironically, this is what caused the credit crunch in the first place; global financial corporations borrowing billions of dollars from one another without the means to repay it. All they had to fall back on were their “low risk” investments – which, due to poor government regulation – were actually among the riskiest loans around.

What is a Market On Close Order in Stock Trading?

What is Segment Reporting?

What Is Vesting In a Retirement Fund? Why Employers May Choose to Delay Matching Funds

Christina Harris 0
If you've eternally wished you may perhaps produce more moolah and at the same time work less, you need to see this now: Do you...

Housewrap – What is it and what does it do?

How to Ask “What is your email?” in Korean

Conveyancing What Is A Medical Negligence Claim