IowalumA Q&A blog Shared by Iowa Students & People
Home Health What is Gastric Sleeve Surgery? What can go Wrong with It 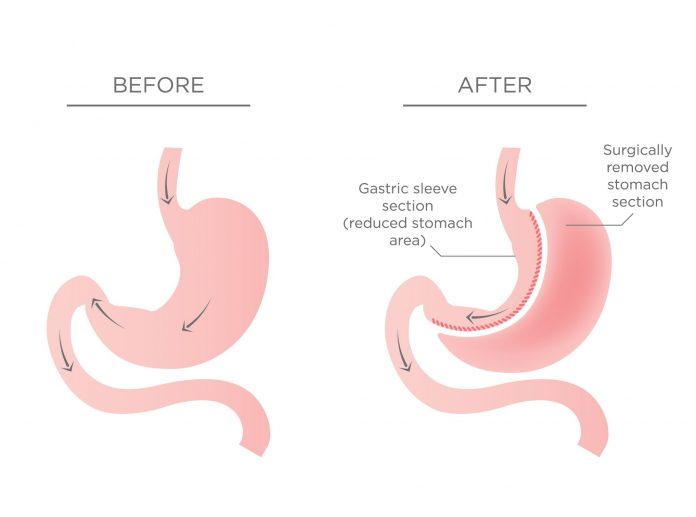 A description of what is involved in gastric surgery including how the procedure is performed and what the benefits and negatives are.

Gastric sleeve surgery is an alternative to the more well-known gastric band or gastric bypass.

In the NHS the gastric sleeve is mainly being done for patients who are very high risk, possibly because the surgery is deemed to have fewer complications than gastric banding or gastric bypass.

If patients regain weight lost after a sleeve they can still potentially have other weight loss surgeries such as bypass.

What is Involved in Gastric Sleeve Surgery?

Gastric sleeve surgery is non-reversible and involves removing up to 60% of the patient’s stomach which is removed with the remaining part of the stomach modeled to resemble a tube. The surgery only needs a few small incisions over two hours under general anaesthetic.

The recovery period is up to two days in hospital and then between one week and one month convalescing. To begin with no solid foods can be eaten, but the patient can gradually transition from a liquid diet.

What are the Benefits of Gastric Sleeve Surgery?

Gastric sleeve surgery allows morbidly obese patients to potentially have further surgery if they need to in the future. This is known as planned second stage surgery and is usually undertaken in those who have a Body Mass Index (BMI) of 50 or more.

Gastric sleeve surgery is also considered to be less risky statistically that some other procedures such as the duodenal switch. Studies have shown that gastric sleeve patients on average lose half of their excess body weight or more after the procedure.

What Can Go Wrong With Gastric Sleeve Surgery?

The biggest risk with Gastric Sleeve surgery is breakdown of the long staple line in the stomach with resulting infection, which can be very difficult and take a long time to heal. The patient must be watched closely after their operation to make sure that there is no complication.

Furthermore, they must eat healthy food and take exercise once they have recovered from the operation to stop the stomach from stretching again.

How can Gastric Surgery Risks be Minimized?

But one of the most important parts of gastric sleeve surgery is ascertaining whether the patient actually needs it in the first place. The surgery should only be approved once traditional weight loss methods have been exhausted.