IowalumA Q&A blog Shared by Iowa Students & People
Home History What is Glasnost? Gorbachev’s Policy of Openness and freedom of speech in... 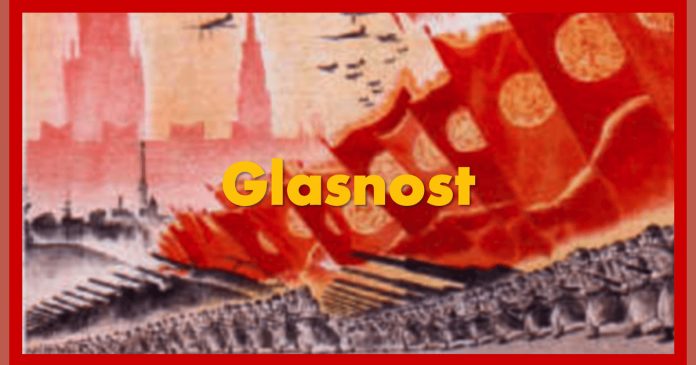 Glasnost is a word that is, historically, associated with the Gorbachev era of the Soviet Union. It came at a time when Communism was on its way out the door with the economic collapse and pressure from Soviet nations. But what, exactly, is glasnost?

But what sort of openness did it represent? The Soviet regime had an iron grasp on everything from Communist party spending to freedoms of speech. The workings of the government were necessarily opaque (after all, how could you rule anyone if they knew what shambles the infrastructure was really in?). Gorbachev hoped that through glasnost, badly-needed reforms would take place.

Freedoms of speech (freedom to criticize the government), freedom of the press, and freedom of expression were all a part of glasnost. Under previous Soviet leaders, those who spoke out against the government were punished, artistic expression was stifled, and the media provided censored information.

Glasnost was partly responsible for the collapse of Communism as people began to criticize Leninist ideologies and the media uncovered terrible social, financial, and environmental dilemmas wreaking havoc on what was then the USSR.