Helicobacter pylori was discovered in 1982. Marshall and Warren published a report in the scientific journal Lancet that identified the link between curved bacilli found in the stomach of patients with gastritis and peptic ulcers. They were awarded the 2005 Nobel Prize for Medicine and Physiology.

Prior to 1989 Helicobacter pylori belonged to the genus Campylobacter. Following analysis of cellular fatty acids, growth characteristics and molecular testing, H. pylori was relocated to the genus Helicobacter. H. pylori are helical (spring-shaped), curved, or straight small gram-negative rods (bacilli) measuring 0.3 to 1.0 um and 1.5 to 5.0 um long. H. pylori is motile, powered by one or more flagella attached at one or both ends.

Gastric juice is a potent combination of dietary enzymes and hydrochloric acid. Because of this the stomach was thought to be sterile: what organism could possibly survive in such a harsh environment? Pizza, steak, donairs and can’t withstand the challenge of this acid ocean, how could a bacterium? Helicobacter pylori survives in the thick layer of mucous that covers the stomach lining.

Once inside the mucosa, it continues to protect itself by breaking down urea (urea hydrolysis). Urea is an amino acid found in stomach fluid that is hydrolyzed to bicarbonate and ammonia, which neutralize stomach acid creating a protective cloud. H. pylori grows in a reduced oxygen environment (microaerophilic) so is well-suited to life in the gastric mucosa. In addition, adhesins produced by the organism assist in chronic residency.

In addition, H. pylori’s spiral shape and rapid movement allow it to resist the waves of contractions that move food through the digestive tract.

The abundant production of urease, the enzyme responsible for urea hydrolysis is one of the features that gives it presence away in the breath test.

The body’s immune system is unable to effectively respond to invasion of the stomach mucosa. And, it may actually be the immune response itself that results in inflammation of the stomach lining causing some of the symptoms of peptic ulcer disease. The white blood cells accumulate, cannot penetrate the mucous lining, but remain in the area where they die spilling superoxide radicals that damage the mucosa. Nutrients released from dying cells provide food for the bacteria. Within days gastritis develops: gastritis progresses to a peptic ulcer in many people.

Many people live with low-grade gastric inflammation which may or may not be associated with symptoms. 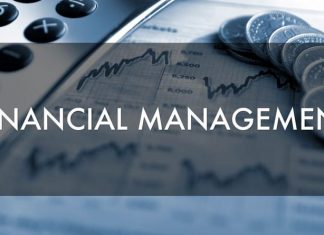 What is Selective Mutism? Assessment Diagnosis and Treatment of Speechlessness in...