There are several different methods used among eating disorder sufferers to purge food including laxative abuse, excessive or compulsive exercise and vomiting. A relatively new and incredibly dangerous method is currently concerning eating disorder specialists a great deal. This method will now be explored and key areas listed below.

What is an Emetic?

An emetic is simply an agent that is used to induce vomiting. It is a common substance and would therefore be likely to be found in the average family medicine cupboard. Emetics are usually used for children who have accidentally ingested something toxic in order to prevent them from being poisoned.

An example of a type of emetic agent is Ipecac. This over-the-counter remedy is sometimes misused by sufferers of eating disorders who use it as a purging agent in order to induce vomiting repeatedly. However, this substance is actually never supposed to be taken except under the express supervision of a medical doctor.

As it has a very long half life, it can also take considerable amount of time for it to leave the body and thus if it is taken repeatedly it will build up and result in the accumulation of extremely dangerous, high levels within one’s system. Due to the alarming health consequences of Ipecac abuse, it is recognised to be the most damaging method of all forms of purging.

There are many serious, some even life-threatening, complications associated with the misuse of Ipecac. If the substance is taken repeatedly, it is likely to put the individual at severe risk of developing cardiac problems.

Karen Carpenter, the talented and popular musician, was reported to have used Ipecac which contributed to her untimely death as combined with her eating disorder it resulted in severe heart damage which eventually led to her suffering a fatal cardiac arrest.

To conclude, it is clear from the above information that misusing Ipecac is an extremely dangerous method of purging and has many truly alarming health complications. If you have been abusing this substance it is absolutely vital that you seek medical advice as soon as possible. 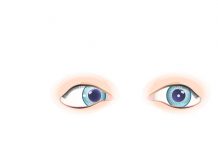