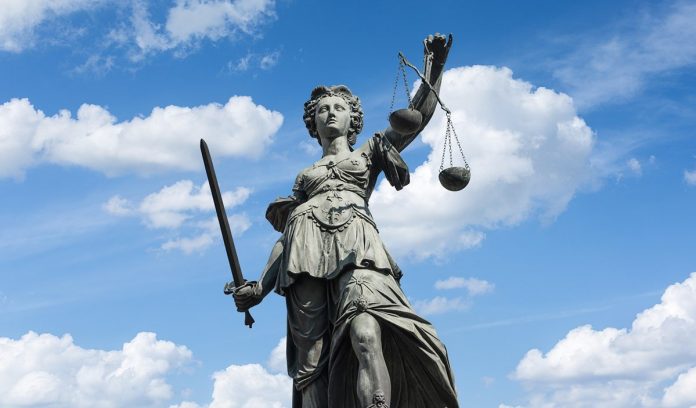 The interesting conversation regarding justice started when Thrasymachus,Socrates’ interlocutor in Plato’s Republic, argued that morality and justice are not based on intrinsic properties that are inherent in these same values, that are independent of human perceptions or actions.

In short, what makes human actions just is not justice itself but the by-product of deeds that elicit positive response in others. The thing is just because it pleases a person or is useful to him that is why we consider them just or morally good. Individual preferences then come into play in deciding if an action is just or not.

Socrates countered the arguments forwarded by Thrasymachus by saying that justice and morality has two parts. First, he points out that justice can be useful and pleasing to all not just to certain groups or persons depending greatly on human preferences unlike what Thrasymachus believes. Justice can be good to all because some social arrangements could lead to the advantage of the entire community. Justice therefore is just and advantageous to all, not just to some or disadvantageous to others.

Socrates provides the natural dependence of humans to others as a perfect example to the encompassing virtue of justice. According to Socrates, each of us needs others for our wants. We are all insufficient on our own. And this holds true in our situation whether economically or socially.

This brings us to the second argument raised by Socrates – that justice is good in and of itself. In this second view, Socratese convincingly made a non-consequentialist argument for justice. This is the principal part of Socrates’ argument in response to Thrasymachus.

This proves that the usefulness of justice does not depend on the need to acquire something for ourselves. Justice is good in and of itself. He argues that justice are intrinsic goods that are independent of benefits and rewards. Justice is a virtue therefore in itself and does not need external validation.

Socrates argues that justice is the principal virtue of the human soul since justice serves as the basis for the three other cardinal virtues – wisdom, courage and moderation. To delve deeper into this claim by Socrates it is important to understand his definition of the human soul, the meaning of virtue and the relationship of justice and human virtues.

Human soul means the total of human psychological faculties. The human soul separates us from objects. It is immortal. Virtue in humans pertains to the capacity to carry out tasks well. Virtue is always identified with a task or job. It is always related to something to perform a task.

Every human society must perform specific tasks to make it humane. These tasks are inherent in us, therefore we have no choice over them. This is where political rulers come in. They make rules as to what tasks are allowed and what are not. Jobs such as policemen and craftsmen are required by our society to make it a truly human society.

To some degree we are all required to perform these necessary tasks. That means, we are all called to assume the role of a policeman or tradesman at some point in our lives. We act as policemen when we mediate quarrels between relatives for instance.

Justice may be a principal virtue from which other virtues emanates but it is also a derivative virtue. Justice is based on other virtues because without knowing the other virtues we cannot determine what is due to others. Morality is objective according to Socrates because we need to know what we are, what is needed and what is good in order to be happy.

The beauty of those objects that satisfy our immediate, transitory needs therefore depends on the function of the object and the pleasure we generate from them. Those kinds of objects depend to a large extent on the individual preferences.

But there are objects which are not transitory or do not satisfy just the immediate needs of a person. These things are always good for all people at all times. The beauty of these objects are not subject to opinions or use. These goods have their own intrinsic perfection. Socrates points out that these are the things that can make us attain true happiness.

The basic reason we acquire goods is because we think they can make us happy. But real happiness or the eternal joy is only found in goods that will always be good. In the hierarchy of beauty, these objects belong to the highest. Justice is thus based on the notion that some things have intrinsic perfection.