IowalumA Q&A blog Shared by Iowa Students & People
Home Health What is Multiple Myeloma? A Malignancy of Plasma Cells and Its Complications 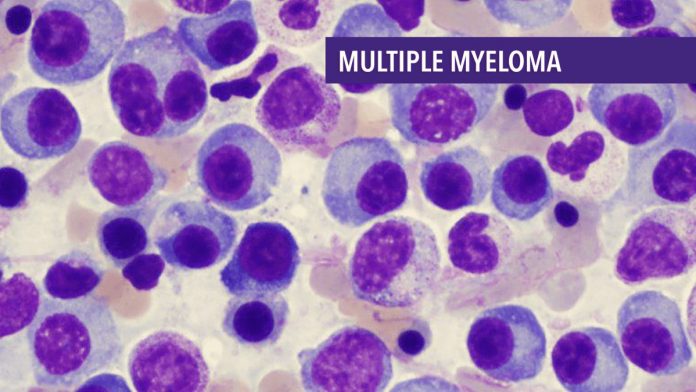 Plasma cells are specialized white blood cells (lymphocytes) found in the bone marrow, spleen, and lymph nodes. In the healthy state, these cells produce antibodies that neutralize invading bacteria and viruses. Multiple myeloma is the disease that occurs when plasma cells in bone marrow become cancerous.

There may be a genetic tendency to develop multiple myeloma, and long-term exposure to certain chemicals in the agricultural and petroleum industries has been linked to this disease. Interestingly, prolonged exposure to hair dyes has been associated with a higher risk.

Plasma cells arise from a group of immature lymphocytes called B cells. Like fully-developed plasma cells, some B cells are found in the bone marrow, while others migrate to the spleen and lymph nodes.

When a B cell recognizes a foreign pathogen, it consumes the invader, digests it, and then presents fragments of the pathogen to another type of lymphocyte called a CD4+T helper cell. With the assistance of the CD4 cell, the immature B cell differentiates into a plasma cell capable of producing an antibody specifically directed against the pathogen.

Like all cells, plasma cells can mutate and become malignant. When a plasma cell becomes cancerous, it divides uncontrollably and produces massive amounts of antibodies.

The antibodies are released into the bloodstream, where they can cause a multitude of problems (The Merck Manual, 16th Edition, pp 1254-1256):

While multiple myeloma currently has no cure, advances in treatment have improved longevity and lessened the impact of the disease’s complications. Life expectancy is affected by the extent of progression at the time of diagnosis and by the type of antibody secreted by the tumor; median survival is three years.