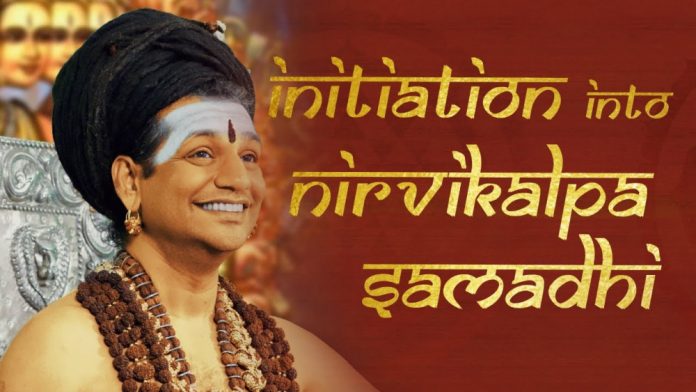 In Hinduism, the goal of an earnest seeker in spirituality is to realize God or realize his true Self. The experience of this highest attainment is known as Samadhi. This state is also known as Nirvana in Buddhism. It is also called atma-sakshatkar, attainment of Brahma-Gnyana, liberation, moksha or mukti. In Ashtanga Yoga of Patanjali, it is the eighth and final state of attainment in Yoga.

In the experience of Samadhi, if the activity of mind ceases altogether and the individual ego-sense is lost in the illumination of the Brahman, it is known as Nirvikalpa Samadhi. It is the perfect state of existence where advaita (non-duality) is experienced. Even this Nirvikalpa Samadhi has two states — Kevala and Sahaja.

In Kevala Nirvikalpa Samadhi, your ego, “I”ness, or your mind dissolves into Brahman and as long as you are in that state, you have no individuality of your own.

Sri Ramakrishna Paramahamsa says that if you remain continually in that state of merger for 21 days at a stretch, you will relinquish your body. You have attained your goal and you will not have rebirth. This is the case of highly qualified and earnest seekers of spiritualty, whose “capacity of acquiring and retaining divine power” is somewhat of a lower order.

If such jivakotis, after experiencing the bliss of the union for a while, regain their consciousness to the world, their ego too returns (though it will be very purified and subtle). It means, their “I”ness returns and along with it, “you” and “the world”. It means, from an experience of non-duality, they come back to the plane of duality once again. Their state is thus not permanent (kevala).

There is no doubt that those who attain it are really great souls; Having seen and experienced Brahman, they are far ahead of mundane spiritual leaders and teachers. Though they have had the greatest illumination, their experience is not permanent. There is no question that they are to be respected and highly revered. Frequently on infrequently, as they sit in deep meditation, they will experience the bliss of Samadhi, but not otherwise.

Great Gnyanis, Avatars (incarnation of God) and a couple of very close and direct disciples of Avatars – those who come to earth along with the avatars to assist him in his mission are known as the Ishwarakotis, according to Sri Ramakrishna. They attain Nirivikalpa samadhi in their life (i.e. the experience the union with Brahman, i.e. non-duality); their experience gets “solidified”;

When they regain consciousness to the world again, they do not regain their ego; they do not see the world and creations with a dualistic view. Commoners may view them as normal persons, who eat, drink and have dealings with the world. But, these great souls do not feel really so.

They see everything verily the manifestation of Brahman; If they see their body, what they see is Brahman; if they eat, it is Brahman that eats; if they act, it is Brahman that acts through their body. They have no sense of doership. Brahman and their atman are one and the same. Hence their atman is nothing but Brahman. There state is Sahaja (ever existing) Nirvikalpa Samadhi. Such persons are known as jivan muktas (Liberated-while-alive).

If they seem to have an ego, it is like a burnt rope. A burnt coir rope retains its shape in cinder form. It looks like rope, but if you blow air on it, everything flies away. Thus, in an Ishwarakoti, others may see some existence of Ego or mind, but he knows he is and he has nothing but atman.

He is all at once a Gnyani (knower) and a Bakta (devotee of God). Depending upon his basic bend of mind originally, he may predominently display a Gnayani mentality (“I am Atman”) or Bhakta mentality (a great lover and worshiper of God – whose attitude towards God is “I am nothing; only You exist”) or a mix of both. He is both the worshiper and the worshiped!

A common religious believer, depending on his individual mental maturity and spiritual development, sees such a realized Soul either as a Gnayni, a God, a Satguru (spiritual master), a God incarnation, or a great Bhakta. But the person who attained that state is all of these; yet, he is beyond all of these!

This is not a state that can be explained by words. No amount of theorizing can help explain this. It is a state to be experienced.