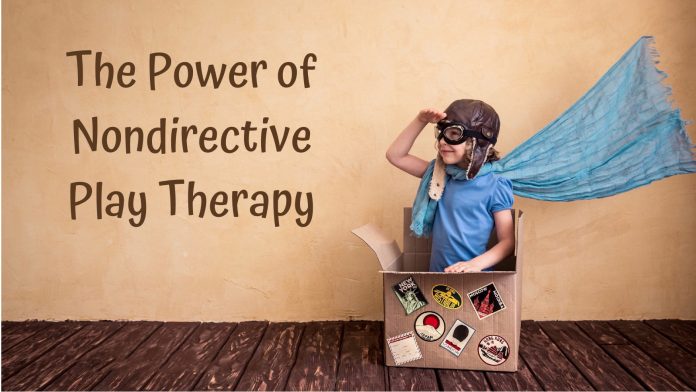 Play therapy is used to enable children to work through painful issues such as traumatic experiences, much the same as counselling is able to help adults to come to terms with distressing events. The main difference between the two is that while adults are usually able to explain in words how they are feeling, for children play is their natural means of communicating, expressing and dealing with feelings.

As with many other forms of child therapy, the non-directive approach requires the therapist to wait and attend on the child whilst showing acceptance and respect. It is also absolutely crucial that non-directive play therapists receive regular supervision and avoid becoming emotionally involved which would otherwise likely have a negative impact upon therapy.

In 1947 Axline outlined eight principles of non-directive play therapy which still form the cornerstone of current practice. These principles are utilised to guide therapists in all non-directive therapeutic contacts and when applied in a systematic way will equip the therapist with a method capable of undertaking the practice of play therapy.

Axline’s eight basic principles include the therapist accepting the child exactly as he or she is, establishing feelings of permissiveness which enable the child to feel free to express feelings, developing a good rapport as soon as possible and using reflective listening to help the child gain insight into behavioural issues.

The main practice skills involved in the non-directive approach to play therapy include the ability to use play-based and verbal forms of communication. Therapists must be able to verbally reflect back to the child his or her ongoing feelings which in turn help the child make sense of and define various emotions going some way to being able to understand the therapeutic situation.

In non-directive play therapy the therapist must also adapt to the child’s behavioural responses within therapy sessions. Through ensuring the child views the therapy environment (usually a playroom) as a comfortable and inviting place to play the therapist may begin to establish a trusting and child-centred relationship.

As highlighted above, the essence of non-directive play therapy is for the therapist to remain as child-centred as possible. The therapy itself is based upon Axline’s basic eight principles which provide the therapist with a framework for practice. Play therapy is used to help children who have been through trauma such as abuse with the main goal being to enable them to work through such issues within a safe environment.