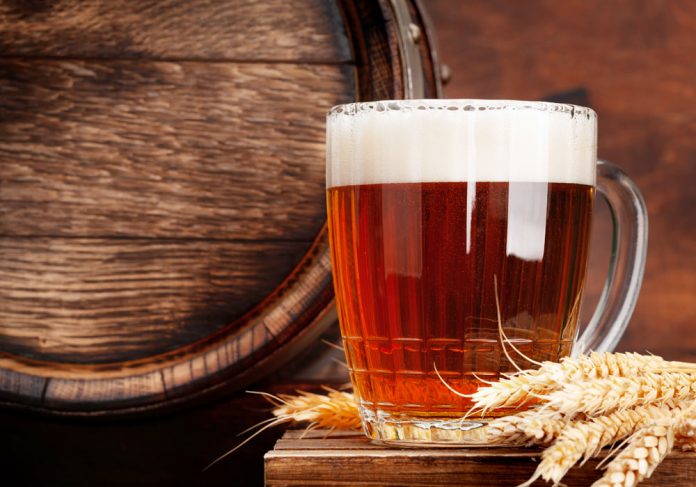 Visitors to the United Kingdom are sometimes puzzled by the signs on pubs announcing that they sell “real ale” and by some bottled beers with a label announcing “Camra says this is real ale”. After all, for many beer is just beer no matter how it is brewed. However, the whole concept of real ale has become one of the greatest consumer-pressure successes of all time as ordinary beer drinkers said no to big breweries and won the right to have quality beer available to drink.

To understand fully what real ale means, one needs to go back in time to the 1960s. The traditional way of producing beer was for it to carry on fermenting while in the barrel in the pub where it was served; this is what is meant by real ale. The beer could not be served straight away as it required a settling and fermentation period and it had a limited shelf life once the barrel was started. The beer also required bar staff who knew how to look after it.

Thus, some of the large breweries started transferring the beer into metal barrels (known as kegs) as opposed to the traditional wooden barrels (or casks). These kegs did not require a secondary fermentation in the pub and were ready to serve as soon as they were opened. The snag was that the beer tasted bland and the regional variations disappeared.

The first organisation to take on the fight for real ale was the Society for the Preservation of Beers from the Wood (SPBW), that was formed in December 1963 and still exists today even though most real ale now comes from metal casks and not wooden ones. However, it was not until 1971 that the Campaign for Real Ale (Camra) was formed and struck a note with beer drinkers up and down the country.

When Camra started, real ale, also known as cask-conditioned beer, had become increasingly difficult to find and many areas of Britain had no pubs at all serving real ale. Such has been the success of Camra that today the majority of pubs in Britain serve one or more real ales (normally recognised by the traditional style handpump used at the bar, though there are other dispensing methods) and large chains such as Wetherspoons have sprung up specialising in real ales with outlets in all the major towns and cities.

Today it lobbies government and local authorities on behalf of beer drinkers, promoting the pub as a focus for community life and encouraging choice and value for money in the beer people drink.

Real Ale in a Bottle

Real ale is not restricted to the casks in the pub. Real ale can also be enjoyed at home in a bottle. For a bottled beer to be a real ale, it must continue its fermentation once inside the bottle. This means it must be unpasteurised and not artificially carbonated. And the bottle must contain yeast to allow the secondary fermentation to take place.

Some brewers mark such products as “Bottle conditioned beer” and others carry the “Camra says this is real ale” label mentioned earlier. Drinkers should store the bottle upright and allow the yeast to settle before drinking if they like a clear pint. This also involves care in pouring so as not to disturb the yeast. However, the yeast is harmless and some say it improves the flavour, and so they deliberately pour it into the glass with the rest of the beer – it may be cloudy but it tastes nice.

There are many breweries around the world and some in the UK producing what have become known as craft beers. These are usually tasty beers brewed to various styles, and while some are cask or bottle conditioned not all are and thus do not fit into Camra’s strict definition of a real ale.

This has brought criticism from some quarters. A recent example is Alastair Hook, who is the master brewer at London’s Meantime Brewery. He told the Voyager magazine: “I became a brewer because of Camra, I was inspired by great British cask ale. But I wouldn’t let anyone cramp my creative style. And unfortunately that’s what Camra do to a vast swathe of small brewers. There are many different genres of beer and just because they don’t fit the description that Camra have, doesn’t give them the right to refer to them as not real beer. It’s parochial.”

Nevertheless, without Camra most beers today would be lacking in taste and aroma and served to a public unaware that beer could also be a quality product.