IowalumA Q&A blog Shared by Iowa Students & People
Home General Knowledge What is Script Frenzy and Why Should a Screenwriter Take Part? 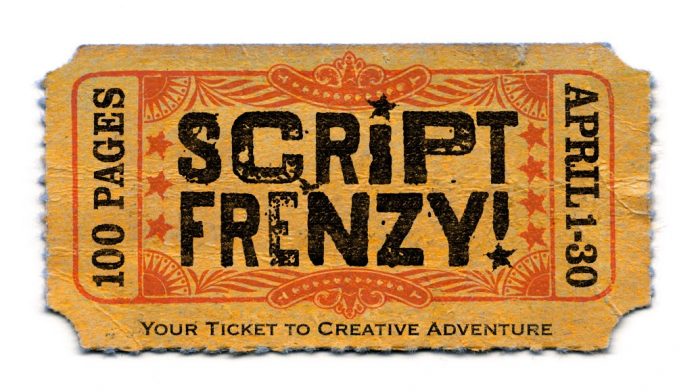 Script Frenzy, which began in 2007, encourages participants to write a script during the concentrated period of one month – the 30 day month of April, each year.

Script Frenzy was started by the organizers of National Novel Writing Month (also known as NaNoWriMo).

NaNoWriMo is a non-profit competition which challenges participants to write 50,000 words of a novel within a month, and using the same principle, Script Frenzy challenges writers to write 100 pages of a script for a screenplay, stage play, TV show, comic book or graphic novel.

How to Take Part in Script Frenzy

Participants simply sign up at Script Frenzy’s website. No fees are charged and participants can join from all over the world. Collaboration with a writing partner is permitted.

Advantages of Participating in Script Frenzy

The main advantage of participating in Script Frenzy is that the competitive spirit can push writers to achieve more.

By signing up to Script Frenzy, the writer is pushed to try to achieve the goal of 100 pages in one month.

Procrastination is the greatest enemy of every writer, but when a screenwriter signs up for Script Frenzy, they are encouraged to force themselves to meet the demands of the competition. The deadline of 30 days and page count of 100 pages is sufficiently concentrated to help writers to produce more than they normally would.

Is there a Prize for Winners of Script Frenzy?

Everyone who completes 100 pages is a winner, but there is no financial reward. Winners receive recognition in the form oaf a certificate. However, for most people, the fact that they now have a 100 page script is reward enough.

The three most important things that improve any script are:

The first draft of a script usually suffers from exposing the thought processes of the writer. In most cases, the writer has written too much. Writers often put too many words into the mouths of their characters in the first draft.

Every time a writer revises and edits a script, he or she should examine it for opportunities to allow the actors to act, and to allow the audience to become engaged and involved by filling in the blanks. Editing and cutting a script is the most important part of a scriptwriters job. Therefore, having a script to work on, to cut and to perfect is invaluable and the opportunity and incentive that Script Frenzy presents is worth taking.