IowalumA Q&A blog shared by Iowa students
Home Science What is the Law of Attraction? Conscious and Deliberate Creation with Positive... 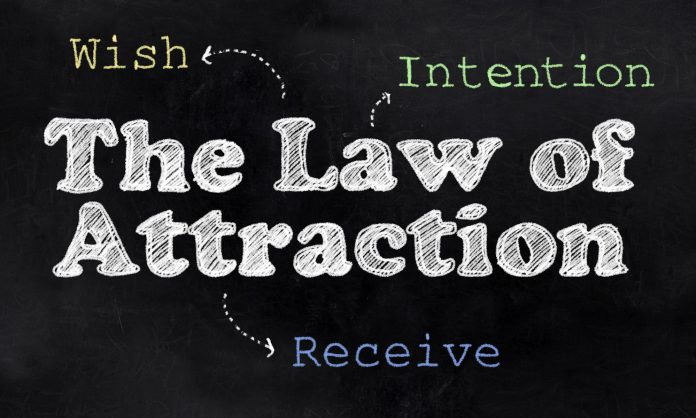 The law of attraction states that one attracts experiences, events, people similar in vibration to one’s thoughts. It implies that the individual is the creator of his destiny.

Since thoughts and emotions are considered powerful creators, teachers of the law of attraction encourage their followers to live in the present moment and avoid brooding of the past or worrying of the future.

Since like attracts like, unpleasant thoughts bring more of the same. Good health, uplifting relationships, fulfilling career, wealth and prosperity, are all within everyone’s reach if the law of attraction can be understood and followed.

The Secret and the Law of Attraction

The law of attraction was popularized by movie producer, Rhonda Byrne, when her movie – The Secret – introduced the idea of one being the creator of one’s life, to the mainstream public. Byrne’s movie, in a documentary style, featured interviews with popular teachers of the Law of Attraction.

“Ask, Believe, Receive,” was one way to get what one wants, as mentioned in the movie. Vision boards and positive visualizations are some other recommended tools.

Esther Hicks is one of the earliest teachers of the law of attraction. She was featured in the original edition of the movie only. Some of the other featured teachers are Michael Losier, Bob Doyle, Theresa Wayman, Bob Proctor, Brett Ellis, Michael Beckwith, John Demartini, Jack Canfield, James Ray, Lisa Nichols and Marie Diamond.

How to Manifest Health, Wealth, Happiness with the Law of Attraction

The steps to any manifestation with the law of attraction follows the following steps.

An affirmation is the act of repeating of a positive thought several times to replace a non-serving belief or thought pattern. Since positive thoughts are the cornerstone of deliberate creation, affirmations specific to the desired change are effective in applying the law of attraction.

Quantum physics states that, in the world of possibilities, reality is merely a reflection of what is most thought about. Quantum physicists concur with believers of the law of the attraction that the internal world of thoughts, determine the most probable outcome in the external world.

Law of attraction empowers the individual to control his life. External circumstances can be changed by positive thinking and feeling. This new age belief is gaining popularity because of its validation among the community of quantum physicists and recent research studies in the field of mind-body medicine.

What is Organic Chemistry? The Chemistry of Organic Carbon Compounds

What is Time? What is the Big Bang?