IowalumA Q&A blog Shared by Iowa Students & People
Home Politics & Religion What is the Mormon Temple? Answers to Frequently Asked Questions About the... 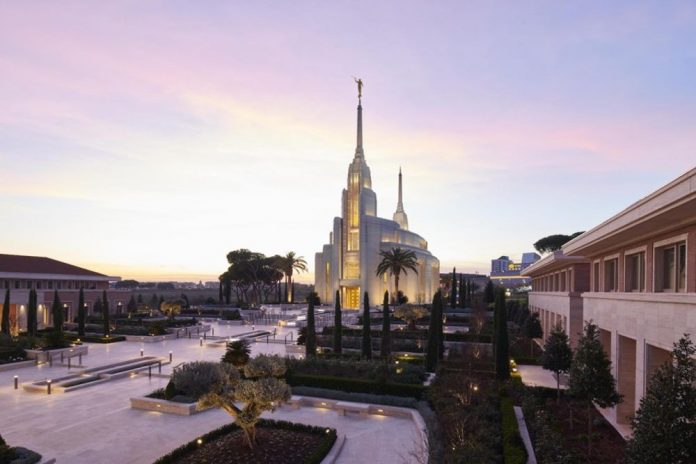 A Mormon temple is different from a church meetinghouse in both appearance and function. Learn what these beautiful buildings are and what Latter-day Saints do inside.

Most people have seen the beautiful exterior of a Mormon temple and wondered what was inside, what it’s used for, and why it was built. To members of the Church of Jesus Christ of Latter-day Saints, there is no holier place on earth than the temple.

A Mormon temple is different than a church meetinghouse. Churches are places where Latter-day Saints gather each Sunday for worship services consisting of hymns, prayers, the sacrament (eucharist or communion), and spiritual talks.

Visitors are welcome to attend Sunday services. Church meetinghouses are also used during the week for various social functions and activities.

An LDS temple, however, is revered as the house of the Lord. Priesthood ordinances concerning eternal salvation and sealing family ties are performed inside. Only members who have been interviewed by ecclesiastical leaders and obtained a temple recommend can enter the temple.

(Before each completed temple is dedicated, however, there is a free open house where people of all faiths can take a tour of the temple interior.)

Appearance and Symbolism of an LDS Temple

Temples are white or grayish white in color to symbolize purity. The temple exterior is both simple and beautiful, and the temple grounds are kept meticulously landscaped and clean. Inside the temple the appearance is very white and clean as well.

Most temples have a spire pointing toward heaven topped with a golden statue of a man in a flowing robe blowing a trumpet. This is a representation of an angel named Moroni announcing the Second Coming of Jesus Christ. He is facing east (the direction from which the sun rises) in anticipation of Christ’s coming.

Several ordinances are performed in temples, each with their own room.

Some of the types of rooms in a typical LDS temple include:

In large temples these are separate rooms, some with colorful murals of the creation of the world or the Garden of Eden painted on the walls. In smaller temples, a single room is used and a change in the lighting signifies the switch between rooms.

When going to the temple, people wear their Sunday best dress. Once inside, their temple recommend is scanned at the front desk. They go to the dressing area and change into the white clothing of the temple which symbolizes purity and equality, since everyone is similarly dressed in white.

In the temple, patrons and temple workers all speak in a quiet voice so as not to disturb others.

After a person has changed, they go to the appropriate room for the ordinance they are doing. Depending on the ordinance, special ceremonial clothing may be worn. Each person who enters the temple does the ordinance for himself or herself first; after that, he or she may return to do the ordinances again on behalf of a deceased person. The names of deceased people are usually uncovered through genealogy work.

The Church of Jesus Christ of Latter-day Saints places great emphasis on the temple and the ordinances done inside. Worthy members of the church can participate in a variety of ordinances in temples, which are believed to have much more spiritual importance than regular Sunday church buildings.