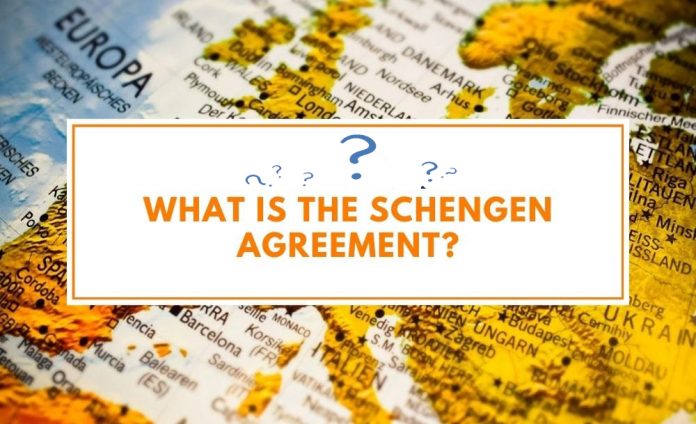 The European Union’s free travel zone; police and judicial cooperation policies; and common foreign policy are all based on a treaty signed by five Member States in 1985.

What is the Schengen Agreement?

The Schengen Agreement, also known as the Schengen Acquis, is a treaty establishing the systematic removal of border controls between participant countries.

The Agreement developed a large “free travel zone” allowing lawful residents of participating nations to travel between countries without border checks; a single border control system at external borders; the ability for police from one nation to cross into another when “in hot pursuit” of criminals; and a common policy on temporary entry of persons.

In the tradition of European treaties, it is named after Schengen, Luxembourg; where it was first signed in 1985.

Incorporation of the Schengen Agreement Into European Union Law

The Treaty of Amsterdam, signed in 1997, brought the Schengen Agreement into EU law. The Executive Committee created under the original Agreement as the policy-creating body determining entry conditions for the Agreement was replaced in the Treaty with the European Parliament and Council of the European Union; which now make policy via their own co-decision procedure.

Which Countries Participate in the Agreement?

Since the expansion of the European Union in 2007 and the incorporation of the Agreement into EU law, twenty-two of the twenty-seven European Member States now participate in the Agreement.

Iceland and Norway, which are members of the European Economic Area but not the European Union, joined the agreement in order to maintain the long-established Nordic Passport Union; which facilitated borderless travel between all the Nordic countries in a manner similar to Schengen. In December 2008, Switzerland also joined the Agreement.


Which Countries Have Opted Out of the Agreement?

Britain and Ireland, citing numerous concerns including those relating to cross-border surveillance in Northern Ireland, have opted out of the Schengen Agreement; becoming the only European Member States to do so.

The UK and Ireland have instead continued to maintain their own Common Travel Agreement; which allows travel between the two countries without border controls.

Although the UK’s decision to opt out has been criticised in the House of Lords because failure to participate has limited Britain’s ability to access Schengen’s database of problematic persons, and thus potentially hampers crime prevention, the UK has yet to fully cooperate with the Agreement.

Bulgaria and Romania signed the Schengen Agreement as part of their entry into the European Union but, to date, have not fully implemented the terms of the agreement.

The Schengen Agreement is an important treaty in the development of the European Union’s social charter. By creating a free travel zone within Europe without border controls, the founding principle of free movement of people is achieved.