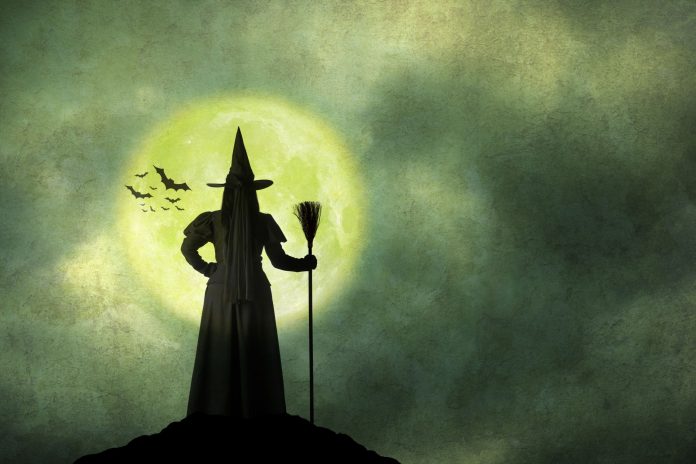 Solitary witchcraft is one of the oldest forms of Wicca. Many witches today feel that you are only a witch if you work in a coven – this is not true.

Solitary witches normally ‘choose’ to practice witchcraft alone. They are not merely waiting for a place in a coven. Originally witches were not in covens, they were all solitary.

The main benefit of solitary witchcraft is that you can initiate yourself and start practising immediately. You do not have to wait for others to initiate you. But you must consider why you wish to be initiated. If it is simply because you are interested in magic, or want to do magic spells, then forget Wicca. There are other means of learning magic. Wicca is more that just spells, incantations and rituals.

What is Witchcraft / Wicca

Wicca is the religions / system of belief followed by witches. Wicca is known as the ’old religion’. It centres around many beliefs, but makes it clear that it is not wrong or sinful not to believe. It is all a question of using common-sense.

Witches believe in honouring the earth – being aware of the need to look after and conserve the planet. That means recycling, caring for animals, and not polluting the atmosphere, etc. Some examples of ways to do this are – ..not using aerosol spray cans…hanging bird feeders around your garden…using paper cups instead of styrofoam…picking up litter and disposing of it carefully.

Witches also believe in the idea of a God and Goddess. Some religions / faiths just believe in a God, but does it not make sense to have a Goddess too? After all, it takes both male and female to create, whatever the species.

One of the less traditional beliefs that some witches have is the belief in spirits. Some believe in nature spirits, which are known as ‘devas’. Some believe in gnomes, leprechauns, sprites or hobgoblins, where some believe in elves or fairies (there is even a branch of Wicca known as Fairy Wicca).

It is nice to think that one day these creatures may come out of hiding and show themselves. Of course it is not stated that you must believe in them, but you should always keep an open mind about everything.

Wicca is a very positive religion to follow. Yes, witches / followers of Wicca do magic, but it is only positive, white magic such as helping or healing others. Negative, black magic is not a part of the Wicca tradition.

Witches like to celebrate. Ritual celebrations take place throughout the year, and witches are usually very welcoming, friendly people. Whether they are solitary or members of a coven, as long as they have time they will still take time out to talk to you.