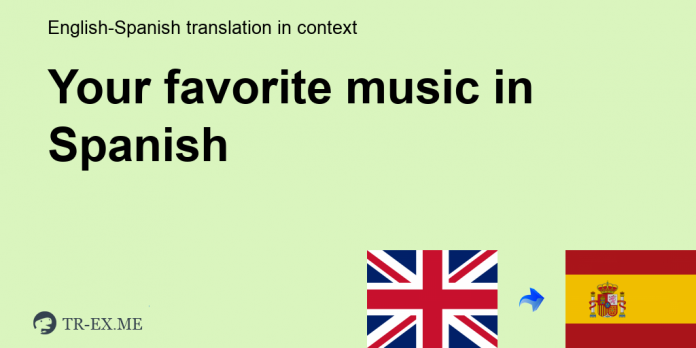 Social interactions with native Spanish speakers can be easier if you are able to ask questions in the language. A question you may want to learn is “What is your favorite music?” This question may be important if you want to interact on a social level and learn more about someone’s musical preferences. Use this question as an ice-breaker when you first meet someone or simply as a basic inquisitive question to a friend.

The Spanish language is spoken by around 417 million people around the world, but most native speakers are concentrated on the South American and Central American continents. Countries where Spanish is frequently spoken include Argentina, Nicaragua, Mexico, Columbia, Panama and Venezuela.

Even if you do not want to become fluent in the Spanish language, learning some basic phrases can help you communicate, explore the culture and relate to others.

Vanessa Zuniga, a Spanish TV Personality, offers a Spanish language tutorial on how to ask “What is your favorite music” in Spanish. She reviews the verbal pronunciation of the phrase while the word is listed in Spanish along with a pronunciation guide on the screen.

Learning how to accurately replicate the sounds of Spanish words is an important part of language acquisition. Learn to pronounce Spanish words, phrases and questions by studying audio or video language guides or by studying with a language instructor. Listen to each word spoken out loud and try to repeat it yourself along with your guide. Continue practicing until you can say the Spanish phrase accurately.

You can ask someone “What is your favorite music” through the Spanish phrase pronounced “kay-es-to-moozica-fav-orita.” You can write the phrase in Spanish as “Que es tu Musica Favorita?”

Use your newly perfected question in a conversation. Seek out a native Spanish speaker, other Spanish language student or a language instructor. Craft a conversation that allows you to ask the question, “What is your favorite music?” to your conversational partner. Request pronunciation correction before you begin conversing. Learn additional words and questions in Spanish to enhance your conversational skills.