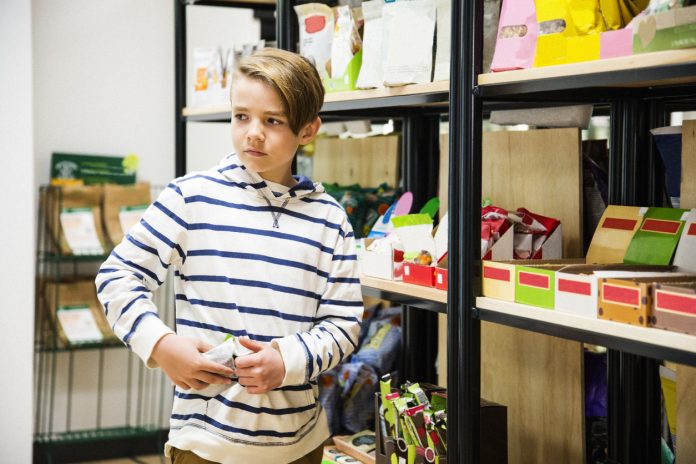 Most people don’t take the act of shoplifting as a serious crime. Many a joke and laugh has been had about something seemingly small and easy to get away with. Shoplifting, however, is a serious crime that comes with serious punishment when caught. If your teenager has been caught shoplifting, read on for some tips on how to react to the situation.

If your teen has been caught shoplifting, the first thing parents or guardians should do is try not to overreact. Remaining calm will be the best way to get through this matter with the children. Try to sit down and talk with the teen about the reason for shoplifting.

Some reasons could be for the thrill of it, because of peer pressure, because he or she really wanted an item, expensive or not, or there could be an underlying issue that’s not necessarily related to the stealing.

If legal consequences are involved, don’t protect your teens. Let them shoulder the responsibility of their actions. Stand by and support your teens, but don’t attempt to get them out of any consequences. In fact, whether or not there were legal ramifications for the act of shoplifting, as a parent you should also institute some form of punishment yourself.

Talk with the teen to see if he or she has any suggestions on appropriate punishment. If not, offer a couple options, like community service, and ask the teenager to make a choice on what he or she feels is appropriate time for the crime.

You should also let it be known that shoplifting is unacceptable and for a period of time you will be accompanying the teen as sort of a chaperone. Whether on shopping trips, out with friends, or going to a school function, you should commit to being there. Not only might this cause some embarrassment, but it also may help to deter the teen from shoplifting again.